When it comes to the videography and film-making industry then how can we forget about drones? and the one we will be diving in a moment is Autel EVO 2, one of the trending drones in the industry. These days drones play a very important role in this industry. Whether you’re a filmmaker, vlogger on YouTube, or real estate photographer, you can understand the importance of these quadcopters fitted with cameras.

They are ideal for shooting some of the most thrilling and awesome aerial photos and videos that give a professional and cool look to your video project. For the past few years, DJI Mavic has been leading the drone market. Unbelievable, the DJI company holds about 70% of the share in the drone industry.

However, in 2019, a new company known as Autel has stepped into this market to compete with DJI Mavic. In April 2019, they launched their high-end drone “Autel Evo” in the competition of the Mavic series from DJI. After the success of Autel Evo, in January 2020, they Launched its successor known as “Autel Evo 2” The drone was designed for professional videography, and its main targets are the filmmaking industry, professional modeling, farming, wildlife shooting, real estate, and many other big industries where there is a need for high-quality and flagship-grade drones. In this article, we’ve done a very detailed Autel Evo 2 Review.

So let’s get into it!

The EVO 2 definitely gives a premium feeling and it should be because 1,447$ for a drone copter isn’t a small amount. When it comes to the body color and its design, it’s made up of hard PVC material that really gives it the flagship look. Now, the question that arises is why we’re getting the plastic body, and why not the aluminum body? This question also appeared in our mind, therefore after some more research, we found that the battery in this machine is 7,100 mAh which already increased its weight. In that case, using an aluminum body will make it as heavy as a brick and will decrease its performance.

That’s why they’ve used PVC bodies because PVC is much lighter than aluminum. But believe us the quality of that PVS is on the next level. If we talk about its dimensions then it’s quite similar to Mavic 2. The machine is 11 inches long, 10.4 inches wide, and 5.6 inches tall. The height of the machine is much taller than any other drone. It may be due to its giant 7,100 mAh marathon battery fitted on the top of it. body. However, currently, the Evo 2 comes only in one color format that is dual-tone black and orange color. The arms of the drone aren’t black, they’re actually piano black and the main hub is coated with orange color.

The battery in any drone copter plays a very important role in the overall performance of the machine. If the battery of the machine isn’t big enough that could last long, then your drone is useless. Most people use their drones where there is no power supply. For example, in wildlife shooting, crops shooting, and in many other scenarios. You don’t always have a proper power supply to charge the drone. That’s why you should require a massive battery that could last long. Without any doubt, Autel Evo 2 fully stands on the battery section.

A massive 7,100 mAh battery can allow it to continuously fly for at least 40 minutes. This figure is measured when running at high power. You can even fly the drone for up to 50 minutes in mid-performance, that’s completely up to you! However, we know that according to the 7,100 mAh battery, the flight time is pretty bad. It’s due to the heavy-duty motors that generate the thrust of 4.5 kg, and it’s obvious the more power a motor will generate, the more power it will consume.

The Autel Evo 2 comes with tons of useful gestures that you could use while flying. The gestures will help you to make the controls more easy and efficient. According to our knowledge, there’re more than four gestures that you use during the flight. First of all, there’s a voice command feature that could be seen in the bottom left of the screen.

You’ll need to turn it on manually from the settings because it’s turned off by default. With the voice command, you ask commands like “take off” to make the machine fly and “take a picture/video” to do the desired action. However, it will be easier to control from the screen, but at least it’s a good approach for enabling hands-free controls.

With the open arms gesture, you can take a photo from the drone’s camera. All you have to do is to spread your both arms in the air in front of the drone’s camera (see the pic below). The camera will automatically recognize it and take the picture after 3 seconds. The 3 seconds timer will allow you to pose for the picture.

Here comes the main part of the Autel Evo 2 review that is the camera portion. The camera is the most important component of this machine because you don’t want to pay $1,500 for bad camera quality. Just like its price is according to the flagship-grade, its camera also provides a flagship-grade result. With a stunning 8K Ultra HD camera (7,680×4,320) you can take some of the most clearer and epic shots. The camera has a 25 MM 1/2″ CMOS sensor that is fixed with F 1.8 aperture. With this aperture size, more light can go through the lens, hence clearer shots and better night shots. However, to view the 8K shots, you need an 8K compatible screen, the maximum resolution. Today’s flagship-grade phone has a maximum resolution of 4K, so it is not possible to view its 8K shots on smartphones.

At the very last section of the Autel Evo 2 review, we’re going to mention, its price. This epic machine will cost you about $1,500. No, here the question that arises is that DJI is already providing many other flagship-grade drones. Then why only this drone?

Depending on person to person, if you’re a brand lover, then go ahead with DJI, but if you want some heavy features and durability. Then go with Autel Evo 2. For example, its competitor DJI Mavic 2 Pro is offering 4K resolution with a 32 Mp camera. On the other side, Evo 2 is offering an 8K resolution with a 48 Mp camera. which’s a bigger difference between each other, but the price of both drones is the same. Moreover, the Mavic 2 Pro can fly up to 33 minutes, but Evo 2 can fly for up to 44 minutes. However, the Mavic 2 Pro will cost you $60 higher than Evo 2 ($1,560), and EVO 2 has a price tag of $1,500. 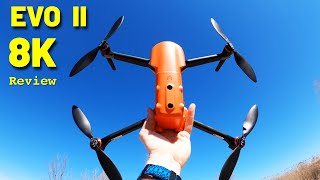 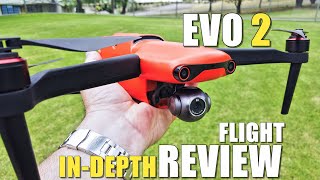 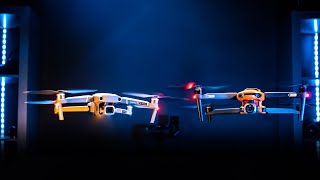 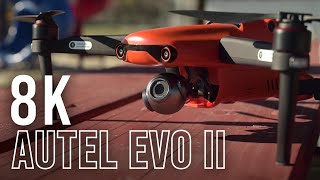 These days drones play a very important role in this industry. Whether you’re a filmmaker, vlogger on YouTube, or real estate photographer...

DJI MAVIC PRO Review, is it Worth or Not?

Added to wishlistRemoved from wishlist 0

Added to wishlistRemoved from wishlist 1

We will be happy to hear your thoughts